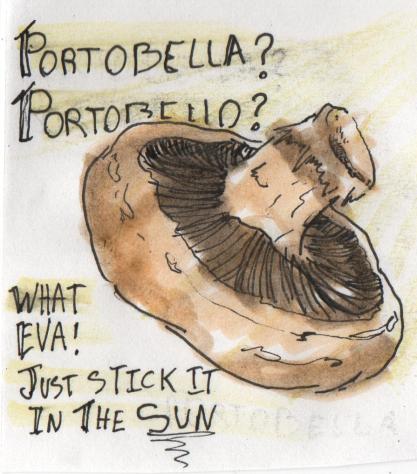 Mushrooms exposed to the sun can provide as much vitamin D as a supplement according to this study.

Recommendation: take the fungi out of their wrapping and leave them in the sun for 30 minutes.

Mushrooms transform ultraviolet light into the vitamin same as we do even after they have been plucked.

So go catch rays with your miatakes.

Friday Food News Round Up: Gut Up or Shut Up

Gut health is a mission of mine, and judging from the probiotic press propagating the headlines I do not think I am alone.

Lets get colon… I mean rollin

Last week I did a quick post about the dairy industries push to change labelling of flavored non-nutriative sweetened milk in schools. Children don’t like to buy things labelled as low calorie and/or fat (probably because the taste like toilet) The graphic below will give you the sweet-n-low down on what this means for milk. 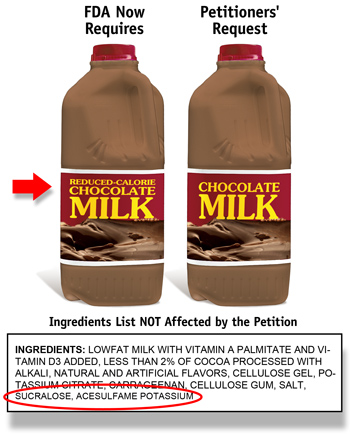 The FDA has acceptable intakes for artificial sweeteners, therefore I believe it is the responsibility of the industry to make there content known. My unlikely ally: The Sugar Association. For the moment lets use their muscle, but when they try to replace the Splenda with corn syrup this alliance reaches its expiration date.

The FDA wants your comments on this one, give ’em here.

A new study by linked obesity to gut microbes. Apparently certain bacteria in the gut causes it to extract more calories from food, adding to weight gain. Specifically Methanobrevibacter smithii.

It produces methane by scavenging hydrogen from other microrganisms. Researchers propose that this gives hydrogen producing bacteria a boost, making them more efficient so as to extract more nutrients and calories from food. Quite the evolutionary advantage when subsisting on the hunted and gathered, quite the ankle weight dining on the processed and packaged.

Solution Pharmaceutical Companies Propose: Cripple our Guts with antibiotics, or so this study is proposing.
Solution Foodies Propose: Try to cook one meal a day from whole food ingredients and eat it with another human being.

I opt for the latter.

Keep an eye for human stool banks in the years to come, as more American intestines become devoid of flora.

Bacterial infections from Clostridium difficile (C. Diff) is a normal gut floras residing in over 3 million Americans. For some, the elderly especially, this bac is harsh biz. As many as 30.000 might be dying each year from infections.

Infections are typically the result of taking antibiotics, which wipe out friendly bacteria in the colon that normally keep C. diff under control. Inflammatory toxins run amok causing colitis.

5) My New Favorite Dessert is Probiotic! 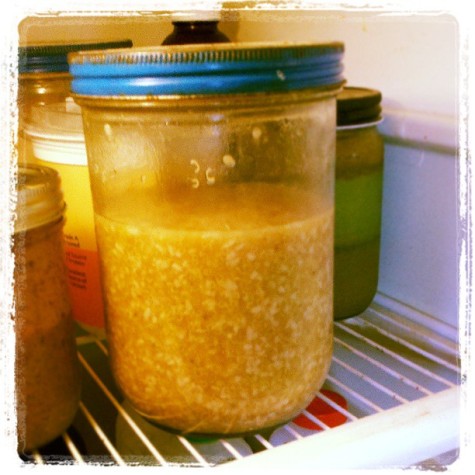 Amazake is a traditional Japanese grain ferment (and hangover cure) dating back to the 3rd century. It is part of a a family of ferments (amazake, tamari, soy, miso) using a Koji culture starter. It is usually made with rice but any grain will do. I used quinoa. The process predigests the grain rendering its nutrients more exposed and its fibers less inflammatory to your hungry gut, and with awesome enzymes to boot.

Unlike miso, which takes months to ferment, you can pro this biotic in about 12 hours. Here is the recipe.

The result is a soft porridge is a delicate earthy sweetness reminiscent of brown rice syrup but much more mild. Tablespoon of nut butter and some cinnamon…じょうかい

Chalky pills need not solve all life’s metabolic problems. Here are five foods with astounding mineral density, that happen to be about as quick as a multivitamin (or my sketchy renderings).

one of these jumbo jungle jams contain 2500 times the selenium found in any other nut WHAAAA?! Selenium is integral to thyroid health, a precursor to antioxidant construction, and functional digestion friend.

Make a habit of popping one of every morning.

I have discussed dark chocolate before, probably to help justify my own heaping habit. With 29% of my daily value of iron per ounce and its cholesterol regulatory powers am not beating myself up about it. Just make sure to get the above 75% dairy free blends, Diary interferes with antioxidant benefits, and to much sugar undoes the hearty good.

>75% is everywhere these days, come see me at the farmers markets listed here and get a piece for free

Potassium from bananas…yawn. That foreign fruit had to journey its way from South America to reach you kreb cycle. Choose a tasty Chinese yam, golden Japanese, or a purple Okinawa instead (despite the names they are all pretty local). They are cheap and cooking is as easy as a few stabs with a fork turning your oven to the on position. Always great with cinnamon.

Crampy legs? Constant constipation? You might just be a little magnesium deficit.

No worries though, getting it is as easy as pie, provided the pie has cinnamon.

Magnesium in necessary for regulating muscle contraction and a precursor to enzymes responsible for fat and protein digestion. So dust meals with cinnamon whenever the flavor seems appropriate.

While We are chatting spice.

It also works wonders as a yellow food coloring.

Tonight: Turmeric sweet tater mash with a shaved Brazil nuts for dinner, a chunk of cinnamon dusted dark chocolate for dessert. I think I see your nutrient density glowing from my window.

FDA wants comments on labeling of artificial sweeteners in milk

The dairy industry wants to add artificial sweeteners to flavored milk without labeling the front panel of the package.

How long are schools going to rely on tricking kids into vitamins, at what point do the additives outweigh the weight issues.

FDA wants comments on labeling of artificial sweeteners in milk.

I offer this study as rebuttal: Low Fat Milk Vs. 2% Milk

Friday Food Round Up: Don’t Stress the Nuts and Berries

An old friend came to town this week, after her most recent stint in Bali. We got down to some real talk about stress and life. I wrestle with food stress and I imagine others do as well, so this week I bring you news bites centered around food, stress, and your love muscle…. the one in your chest.

I’ll prepare pallets with this point. Stress is the worst edition to any diet. The second worst edition is probably Chicken McNuggets but more on this later. 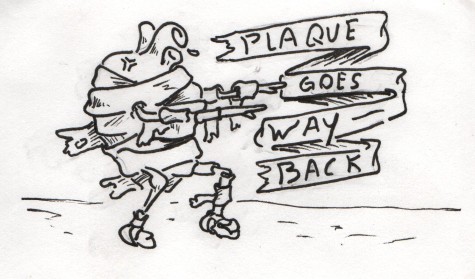 1) Heart Plaque is an Ancient Hat:

Harden and clogged arteries (atherosclerosis) are not a 21st century chronic health phenomena. According to this study, scans of mummies from four geographical regions across a period of 4,000 years suggest that the disease was common in the ancient and wrapped.

The standard American diet is FAR from ideal, but even our pre-proccessed whole foods munchin’ kin struggled with heart disease. Be them beating in Egypt, Peru, or Aleutian Islands human hearts just get plaque over time. This is a good lead in to another heart study. 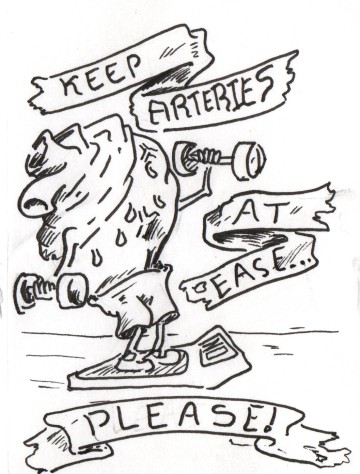 When we gets to stressing our body starts producing the hormone cortisol, our main stress inhibitor. This process draws attention away from things like immune system and blood insulin function, and raises blood pressure. Chronic stress condemns hearts to slave labor.

Worrying about a heart healthy diet is tough on the old ticker. Don’t sweat the small foodstuffs, permission not to be perfect is better for the heart than a stress filled day and a kale salad.

Demonstration of the stressful eating habits of the wild. 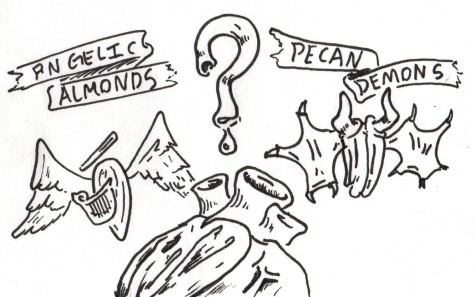 Here is an example of how web research exacerbates the stress of eating healthy; I don’t know how anyone an internet connection manages to lose a pound these days.

Consider this statement: Nuts are Great!/Terrible! for weight loss

When it comes to figuring out what to eat, the internet can be like a poorly written choose your own adventure novel. No matter what, you always end up lost in a cave… or it was all a dream, or something, did you ever read Goosebumps? Anyway, when it come to nuts, or any food for that matter, I eat, feel, and learn. That is while I eat gobs of almond butter and a fair deal of rice, but take it easy on walnuts and shy away from beans. Some may be the same, some may be opposite.

When it comes to online diet research Goosebump’s sums it up. 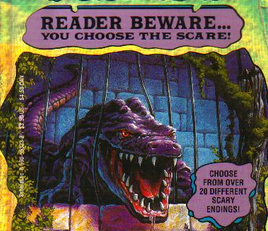 As we have established, stress is the worst thing to have on your plate., this might be the next worst thing.

5) Mechanically Separated Poultry and a Recipe for a Tasty Alternative: 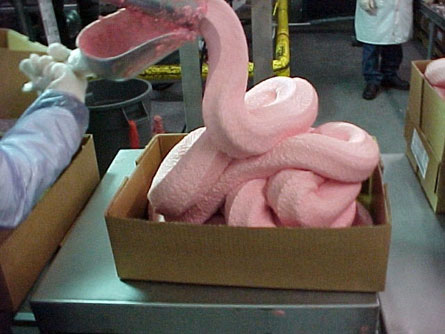 My high school midnight snack of choice was once Dinonuggets and a ketchupy tar pit, these days I abstain. This picture did put me in the mood for another mechanically separated pink goo. One that has just made its 2013 Farmers Market début last week. 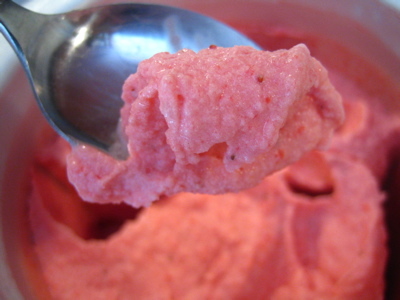 Place it all in a solid blender. Blend on highest speed until smooth and creamy. Pour mixture into ice cream maker and follow your its instructions. Should be enough for 4 to enjoy

Lets lessin’ our stressin’ Help me and I’ll try to help you.

Food Deserts: Correlation is not Causation But… 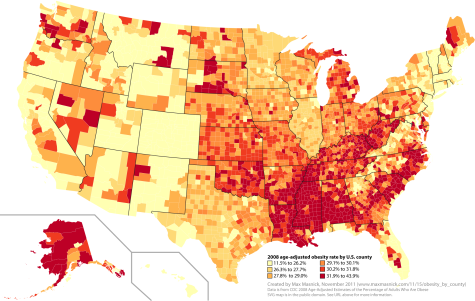 Lack of grocery stores is not the only factor, the surplus of fast food and corner stores is as much if not more to blame.

I propose we endorse this solution:

A Slice of Cacao Life

Interested in the history of that hot coco your sippin’ on, well the Coracao blog got a chocolaty synopsis. Sipping chocolate sets you much closer to the cacao beans glorious Maya past then you might think, especially if you got some cayenne in mug.

Cayenne peppers are choc full of phytochemical bonuses , and the news about cacao just keeps getting better. 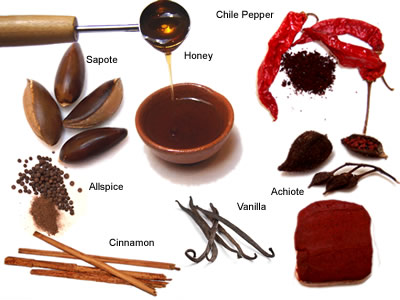 Ginger and carrots are both rocking the spring farmers market, grocers, and Chinatown produce sidewalk crates. Go get some and whip up an easy antioxidant rich spread.

Then get really crazy health an spread it on something green and edible.

3) Life is Short (and getting shorter!?)

Just not in the USA

A new study finds that shift in the levels of obesity, diabetes, hypertension , and heart disease have put us on track to be the first generation in the developed western world to have a shorter life expectancy than the previous. Since smoking rates are decreasing, its becoming harder and harder not to blame standard diets.

I’ll Be ^^ There ^^ tomorrow, come visit me and help prove this study wrong. EBT accepted

Walking Bare Souled in the SONshine

Stand on the shoulders of giants

Proudly Forging Elite Fitness in the US Forces Korea Community

The girl that (actually) likes to lift weights

Grabbing the Reigns of my Life

Making ME a priority

gathering paleo resources around the web

Athletics, Motherhood and Other SuperFantastic Subjects

Get Out and Ride!

From Belly to Bacon